Louboutin on women and shoes

"When a woman buys shoes, she takes them out of the box and looks at herself in the mirror. But she isn't really looking at the shoes - she's looking at herself. If she likes herself, then she likes the shoes. A man is a fetishist: He polishes his shoes, appreciates the finish, wants to preserve them for a long time. A woman doesn't care about this. She isn't pround of having a shoe for 10 years. It's a natural feminine instinct to accessorize. A naked woman in heels is a beautiful thing. A naked man in shoes looks like a fool."


Thus spoke Christian Louboutin in the March issue of Marie Claire. As much as I'd like to claim that Louboutin is completely wrong, I'm not confident I can. Surely gender stereotypes are often misguided and used as marketing tools: women are supposed to buy "frivolous" pretty things, and men "smart" things like electronics  and cars. I think we can safely say that those stereotypes are a little foolish: we probably all know people whose consumer-habits are either smart or problematic, and gender is hardly ever the defining factor once you start taking things apart. But when it comes to my own history with shoes, I hate to admit that I think I know what Louboutin is talking about. I've been there countless of times, looking at myself in the mirror, wearing a new pair of shoes, loving the way they made me feel about myself. And I also recognise that a lot of it has to do with my gender.

However, I strongly disagree with Louboutin that women's attitudes toward shoes are about some kind of god-given feminine instinct, a natural order of sorts. When I say that my shoe-life has its roots in my gender, I'm talking about the way I learned to be a woman. As I was growing up, I saw my mother in fancy high heels. She had a good (but not huge) collection of beautifully made Italian shoes, and according to my mother, her mother had a truly enviable collection of shoes back in the day. I also witnessed my stepfather obsessively polishing his shoes in the weekends; he would only buy a new pair of shoes after the old pair broke. That's what I saw, and that's how gender stereotypes are made: through observation and learning. These days there is something that can be said about the the Sex and the City-mentality. If our own mothers don't live up to the stereotype of the shoe-craving woman, we always have Carrie Bradshaw and her friends to fall back on. We do what we see other women do - even if the women we see are fictional.

But back to Louboutin and his "feminine instinct to accessorize". It is just too easy to fall back on the assumption that the way women learn to connect with shoes has its roots in the biological make-up of us as representatives of our gender. To portray the woman as the natural peacock is pure nonsense. We can look at the history of costumes and take note of the fact that men, especially the wealthy, wore high heels from the 16th century to the 18th, and their attire used to be just as flashy, if not flashier, than women's. Why men eventually abandoned their fascination with shoes and high heels and women did not - to be honest, I haven't read enough about the topic to know. But I think it's safe to say that "natural instinct to accessorize" is not the reason. As for why Louboutin would claim that it is, well, that's how shoes are sold. But funnily enough, he also goes to say that he hates "the idea of natural". So I guess if women's natural instinct is to accessorize and to keep buying shoes... and the very natural he just talked about is somehow not desirable in his eyes... I would claim that Louboutin just doesn't know what the heck he is talking about. Anything to sell more shoes to women who don't really need them, right?

Yeah his opinion is pretty misguided and confused at best.

I agree with you on the re: women learn to be women and do womanly things like loving high heels or whatever. On ne naît pas femme, on le devient.

I'll admit I am not a shoe collector. I like to wear shoes that I like...but I don't think of them alone as being "pretty" - they either go with what i'm wearing and flatter or suit the outfit or they don't. Just because he is famous, and famous for adorning famously beautiful women with beautiful accessories doesn't mean he isn't being a dick. Sorry. But that was my first thought upon reading his little paragraph...something along the line of "what a d*ck"

Ha, IF it is in a woman's nature to accessorize, I would not sink hundreds of my dollars into L.'s shoes. I know that the boots my husband wears are every bit as expensive as my Frye's. He makes it HIS job to care for both of our valuable shoes. Others of my shoes are cheapies...and not worthy of that degree of attention.

Sigh, stereotypes. This "natural feminine instinct to accessorize" must have bypassed my genetic code because since I was a child I've always felt uncomfortable in any extraneous accessory.

Quite. I find these 'natural (fe)male instinct' type statements infuriating! I don't really care for high heels, I guess that makes me a freak of nature then. Or it may just be that when I was growing up, the women around me didn't wear them.

I think it is interesting that we might class buying shoes as "frivolous" and cars and electronics as "smart", It really is a first world privilege to have such a view. In a less affluent society, cars and electronics would not be practical purchases (since they require expensive resources, petrol and electricity, to make them work) whereas of course shoes are a necessity for just about the entire world population.

I don't understand how this man makes a living out of selling hooker shoes to rich women.
These shoes aren't made for walkin'. They're made to be worn at night, like lace black bras under sheer blouses or short skirts over silk stockings. They're fetish to awake men's desire. They're strongly linked to the sado-masochist fantasy of "killer"-heeled mistress, bandaged-feet victim.
Do American women wear them by day, to work, to run errands, like Carrie Bradshaw does ? No...it has to be poetic licence !

My male colleagues often talk about their little girls'desire to look like pink-frou-frou Disney princesses and tantrums thrown in the mornings when daddy didn't choose the right outfit to go to school.
Since women display these coquettish tendencies so young, then they must be born this way. So their reasoning goes.
I've tried to explain that girls are under pressure to be feminine as soon as they are born but they don't want to hear this because it implies :
first, that they have a hand in turning their girls into Disney princesses,
second, that men are not born superior but were only taught virile behaviour ranked high in our society.

Love this post! At least this is a fairly mild Louboutin quote. But I've heard some other remarks attributed to him that were not so nice, like "the core of my work is dedicated not to pleasing women but to pleasing men." Blargh. I agree, he fundamentally has no idea what he is talking about and is just mouthing crap that he thinks sounds clever and witty. Anyway, if we visualize a spectrum here, from "accessorizing" to "collecting" to "hoarding"...well, I know just as many men at the extreme end of that spectrum as women.

A while back, I concluded that most old school male fashion designers are both idiots and sexist jerks. Sad, but yeah. Most every time one of them opens his mouth I want to smack him.

You should hear Louboutin go on about how where shoes are concerned, comfortable is disgusting. But perhaps you don't want to Google that! lol

I'm glad you're back! I missed your blog greatly. I always read but seldom comment, because you make me think of so many things that my responses turn into novels. Or perhaps, blog posts I ought to write! ;-)

You're right that we learn femininity - or what goes with femininity in this day and age. Natural is indeed not a word I'd associate with L's shoes, and the instinct that moves women to buy them is not "feminine instinct", but rather "peer pressure", pressure from the circles of society they struggle to stay afloat in. Men of similar status are accepted to aquire other items, not L's shoes. (I have to admit I'm ignorant as to what they're accepted to have, maybe Mercedes cars or something.) All in all, I don't think L's shoes have anything to do with femininity, just with luxury and the image of it.

it's all just flashy PR designed to stroke the egos of rich, famous and bored desperately trying to substitute their lack of personality and personal beliefs with a luxury label that's supposed to do the job for them.
And for the record, I love polishing my shoes and I get a certain amount of pleasure from making mental notches on my shoe wardrobe post for each year a pair of shoes has been with me. I'm not a guy though. 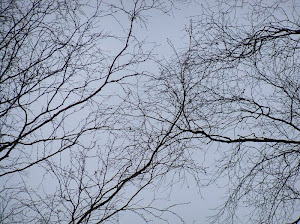